Through this award, AAUW NJ seeks both to reach out to the community and to increase awareness of the goals of AAUW. The AAUW Woman as Agent of Change is a New Jersey resident who exemplify these characteristics:

Presented at the Fall Focus Meeting on October 2, 2021. 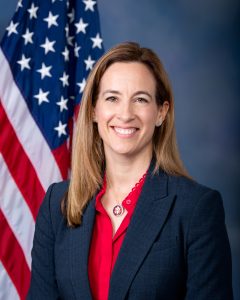 The American Association of University Women of New Jersey named Congresswoman Mikie Sherrill of New Jersey’s 11th U.S. Congressional District the Woman as Agent of Change for the year 2021.

The AAUW NJ Woman as Agent of Change Award is granted annually to a New Jersey woman who: worked to assist women in their endeavors to reach their true potential; demonstrated leadership in supporting the empowerment of women; and continues to strive to reform political, economic, or social areas to support women.

Congresswoman Sherrill is deserving of this award because of her many successes as a female leader, particularly in male dominated professions. She was a U.S. Navy helicopter pilot serving almost 10 years of active duty in Europe and the Middle East.  Later, she earned her law degree, worked for the U.S. Attorney’s Office in New Jersey as an Outreach and Reentry Coordinator, and then became an Assistant U.S. District Prosecutor.

Mikie Sherrill won election to the U.S. House of Representatives in 2018. As a mother raising four children in New Jersey, she is a strong voice in Congress for New Jersey’s families. As a freshman Congresswoman, she has introduced eleven pieces of legislation and she serves on the House Armed Services Committee, the Science, Space, and Technology Committee, and the Education and Labor Committee. She has promoted equity for women in the military and women veterans through the creation of the Servicewomen and Women Veterans Caucus. 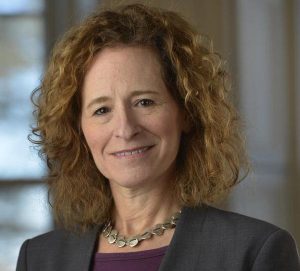 Jacquelyn Litt joined Rutgers University in 2010 to serve as Dean of Douglass Residential College and the Douglass Campus. Dr. Litt has a distinguished record of scholarship, teaching, and administrative service that focuses on women’s issues.  In addition to serving as the Dean of Douglass Residential College and the Douglass Campus, she is Professor of Sociology and Women’s and Gender Studies at Rutgers University-New Brunswick. Litt received her Ph.D. in sociology from the University of Pennsylvania.  Prior to coming to Rutgers, she was founding chair of Women’s and Gender Studies at the University of Missouri. Prior to her tenure at Missouri, Litt directed Women’s Studies programs at Iowa State University and Allegheny College. At Iowa State, Professor Litt earned the Distinguished Faculty Award from the Iowa chapter of the American Association of University Women for exemplary contributions toward gender equity in education. She also received Iowa State’s Early Excellence in Teaching and Master Teacher in Multicultural Education awards.

She has expertise in women in STEM, was a P.I. and consultant for the ADVANCE program to advance women in STEM at the National Science Foundation and a grant reviewer for innovative STEM pedagogy projects at the Association of American Colleges and Universities. She is the author of two books and numerous articles. She received the “Leaders in Faculty Diversity” in 2016 from The Committee to Advance Our Common Purpose at Rutgers University in recognition of her outstanding leadership in building new opportunities for students at Douglass to share diverse perspectives in a safe and inclusive environment. Litt was honored in 2016 with a Joint Legislative Resolution from the Senate and General Assembly of the State of New Jersey, honoring her leadership of Douglass Residential College and her research on women’s issues that have made a positive impact on the lives of women and children. 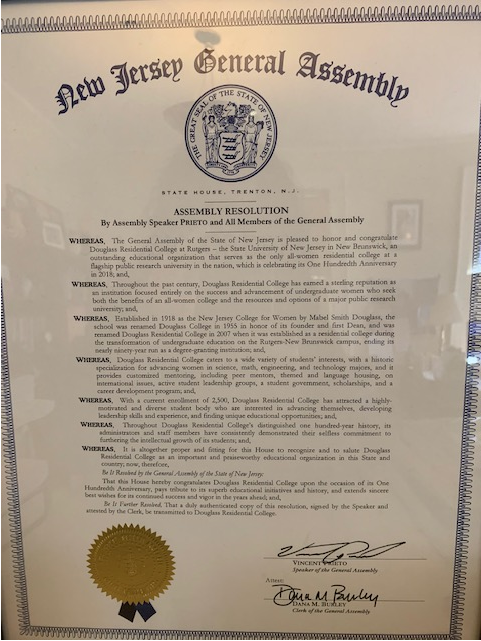 The Award was presented at the AAUW NJ Annual Meeting on April 7, 2019. 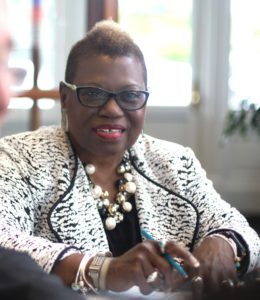 Inspiring! Challenging! Passionate! Powerful! Lobbyist! Public affairs executive in NJ!  Jeannine challenges her listeners to step beyond self-pity and experience the futures they can’t even imagine.

Jeannine LaRue, founder of the well-known blog “LaRue list Report,” and Senior Vice
President of the Kaufman Zita Group, has spent almost 40 years serving the public on
policy, governmental, and political issues in the public and private sectors. “The Network
Journal,” New York’s leading Black profession and small business magazine named Jeannine
one of the 25 Influential Black Women in Business. She has been mentioned as a political
New Jersey powerbroker on the prestigious “PolitickerNJ” list at least five times.
Her many influential roles include: NJEA lobbyist, member of the Casino Control
Commission, Senior Vice President of Governmental Affairs for Barnabas Health, Vice
President of Public Affairs in the Rutgers University President’s cabinet, and founder the first
major New Jersey Statewide women’s conference that ultimately became the Governor’s
Conference for Women. 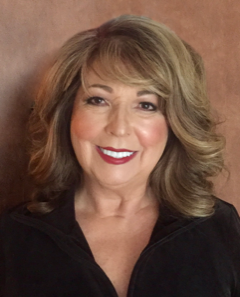 Laurel Brennan was elected to the position of Secretary-Treasurer of the New Jersey
State AFL-CIO in January 1997 and was re-elected to her sixth term in 2016. She is the first
woman to serve in this office in New Jersey and is one of only seven to do so across the nation.

In her position as Secretary-Treasurer, Laurel is responsible for the organizational budget
and other financial obligations of the New Jersey State AFL-CIO. In partnership with New
Jersey State AFL-CIO President Charles Wowkanech, she develops and implements statewide
policies that impact one million union members and their families. 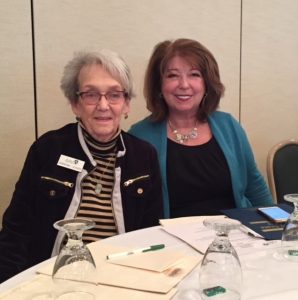 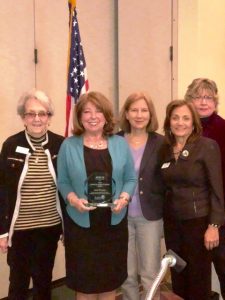 The Award was presented at the AAUW NJ Annual Meeting on May 1, 2017. 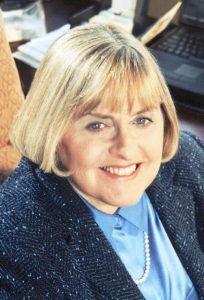 Announced at the annual meeting in April, 2016. 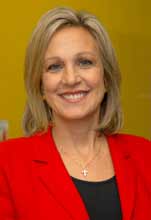